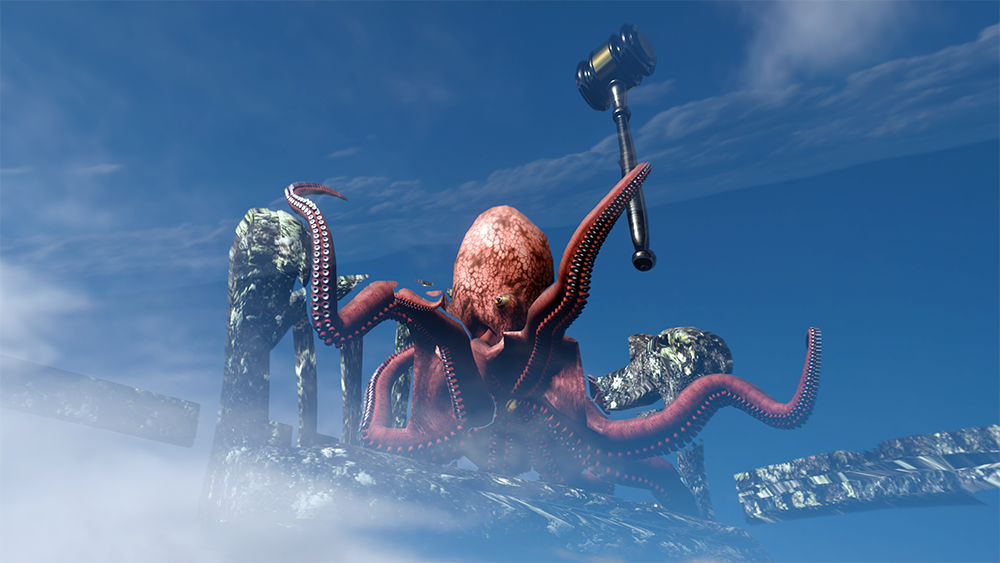 OCT0 Productions is pleased to present Penumbra, a film by artists Hannah Black, Juliana Huxtable in collaboration with the studio And Or Forever.
Penumbra depicts an animal, ‘representing all animals or the animal as such’ on trial for crimes against humans, including: ‘unfamiliar appearances, habits amounting to cannibalism and the murder of everything.’
The 3D-animated film is set in a surreal courtroom, the trial headed by ‘Your Octohonor’, an octopus judge, with Hannah Black representing the prosecution and Juliana Huxtable as the defense. Animals including a woodpecker, a whale and flies, are being called to the stand for cross-examination: ‘Where were you on the night that humans first used language?’, ‘Where were you on the morning of 9/11?’ and ‘Why did we decide to leave the water?’.
In United States constitutional law, the penumbra includes a group of rights that are not explicitly stated in the constitution, but can be inferred from other enumerated rights. The definition of the term was originally derived from its scientific meaning, which is the partial shadow between regions of full shadow and full illumination, especially as cast by Earth, the Moon, or another body during an eclipse. By analogy, rights that exist in the constitution's penumbra can be found in the ‘shadows’ of other sections  of the constitution.
Hannah Black’s and Juliana Huxtable’s interspecies courtroom-trial uses the term penumbra to reflect on the distinction between animals and humans, nature and second nature, and the confrontation between different beings and the law. As Huxtable’s opening speech for the defence lays out: ‘The penumbra of law will, over the course of this court proceeding, reveal itself to be the penumbra of language itself’.
Based on a performance written and staged by Hannah Black and Juliana Huxtable at New York’s Performance Space in 2019, the film was co-produced by dis.art and the Centre d’Art Contemporain Genève for the Biennale de l’Image en Mouvement 2021.
OCT0 Productions together with Giselle’s Books will host a reading by Hannah Black and Mayra Rodríguez Castro Sunday 28 August, 20h at Giselle’s Books, 28 Rue des Convalescents, Marseille.
OCT0 Productions publishes two books of collected writings by Hannah Black, the first one in Winter 2022 and the second one in Spring 2023.
Hannah Black (b. Manchester, UK) is an artist and writer living in New York. Juliana Huxtable (b. Houston, USA) is an artist, writer and musician based in New York and Berlin. Together, Black and Huxtable create entangled political-artistic projects distributed across multiple vectors of activity. Their work is united through an uncompromising interrogation of aesthetic and political communication. In 2017, the two artist-writers collaborated on a jointly written novella titled Life.
And Or Forever (Carr Chadwick and Katie Hawkins) is a creative studio that blends art, music and fashion. They produced a set for the original performance of Penumbra (2019) and the Dis/Hannah Black talk-show series What’s in the Box (2018), and have collaborated closely with TELFAR since 2015.
Images: Courtesy of the artists, Arcadia Missa, London, and Project Native Informant, London.

–
20 May – 20 August 2022:
BABARUE
by Klara Lidén
The work of Klara Lidén frequently draws from and intervenes in the built environment, the social hierarchies, power relations and control mechanisms that define contemporary cities.
For her exhibition BABARUE at OCT0 Productions, Klara Lidén presents a new body of work, building on several core elements that have defined her practice over the past two decades: sculptures and installations made of found and re-used materials, self-shot videos using her own body to perform acts of urban intervention, often in the very same cities in which her exhibitions take place. Lidén re-visits the subject-object relation of radical art movements of the 20th century Situationism and Nouveau Réalisme and transfers them into the current post-pandemic age of hyper-mobility, online shopping and working from home. Collected cardboard boxes in different sizes suspended on different heights rotate around their own axes, are in motion, going nowhere; at dawn the artist repeats a forward roll, while only going further and further downhill: Are we bodies or commodities, boxed up belongings, stored and moved? BABARUE points to the ways in which cities control the movement of people, capital and ideas. Is the the perfectly timed cessation of street lighting announcing a new morning or just another day at the office? 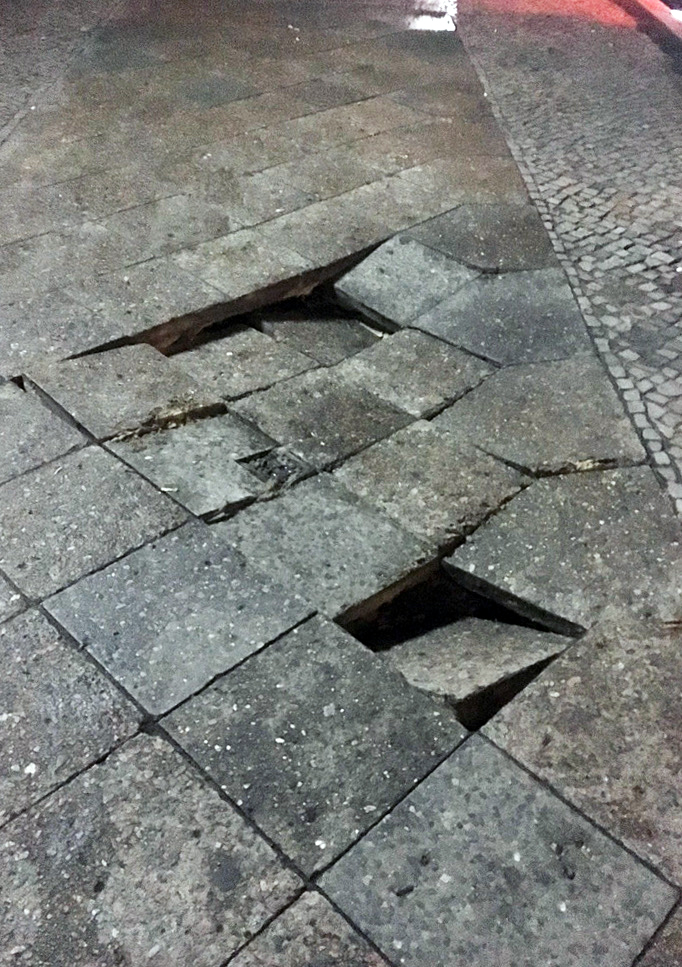 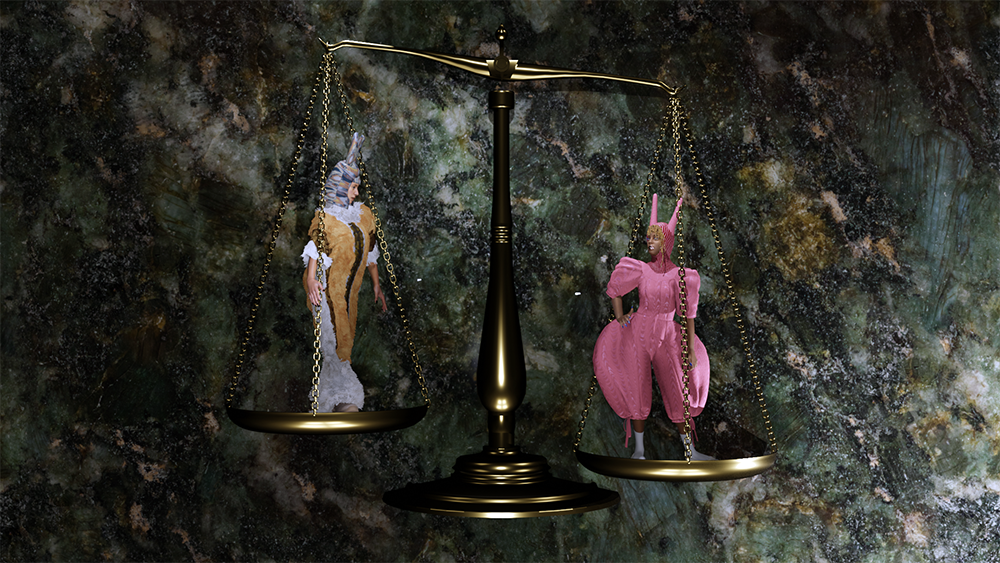 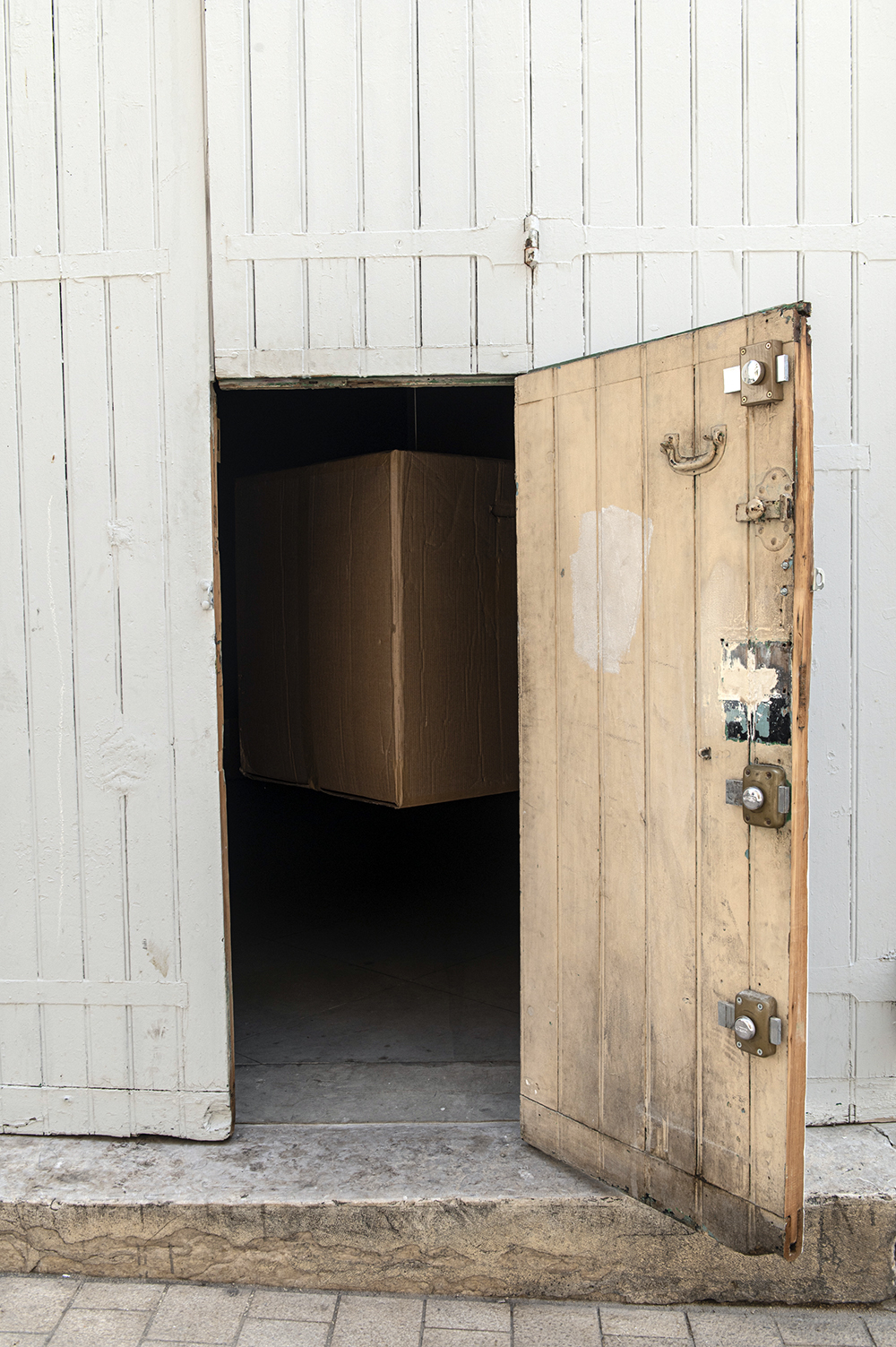